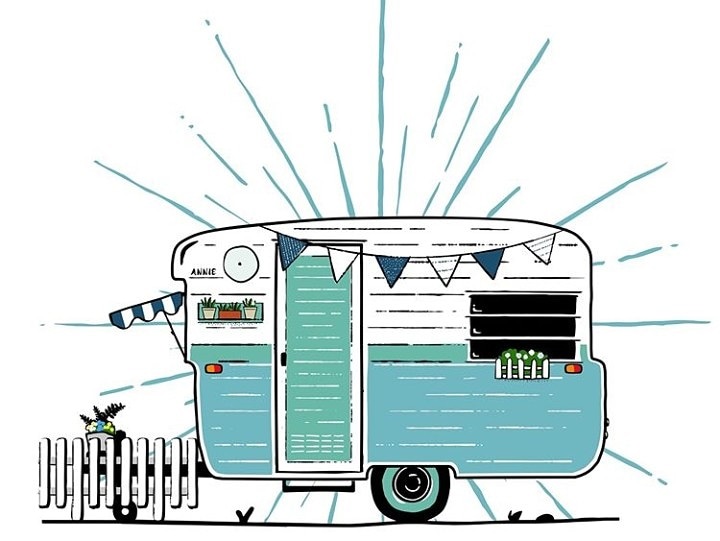 My search for a vintage caravan began after watching the Tiny House series on TV back in June of 2016. Tiny Houses were pretty much frowned upon by our local government councils and road management organisations . . . . . but Tiny Caravans weren't . . . so my quest to find a rolling home on wheels was launched.

Once I had decided on the make and model I liked (thankyou Pinterest) I began the online search for a vintage caravan to call my own. I viewed 4 vans in various stages of decay and neglect. Annie was the 5th and was adopted on the 29th January 2017 from a lovely lady named Carol who lived in Calala Bay on the south coast of NSW.

She had been well looked after from what we could see in the two years that Carol had her. They had some great times together.

We travelled for 8 hours that day. She towed really well and it was at a rest stop on the way home that it finally sank in that she was mine 🤗

When finally home that night she had the honour of being parked on "the front lawn". Nothing ever gets parked on our front lawn 😮

I was totally in love with "My Tiny Caravan" 😍 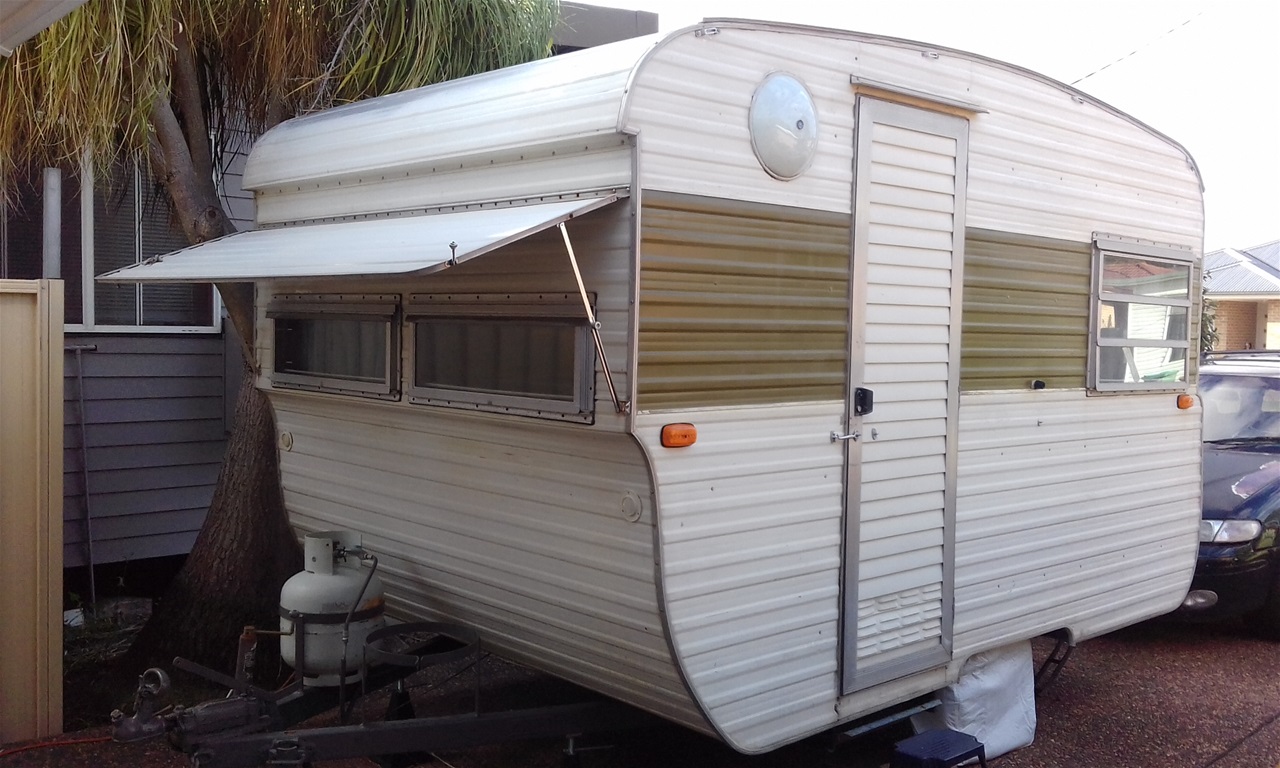 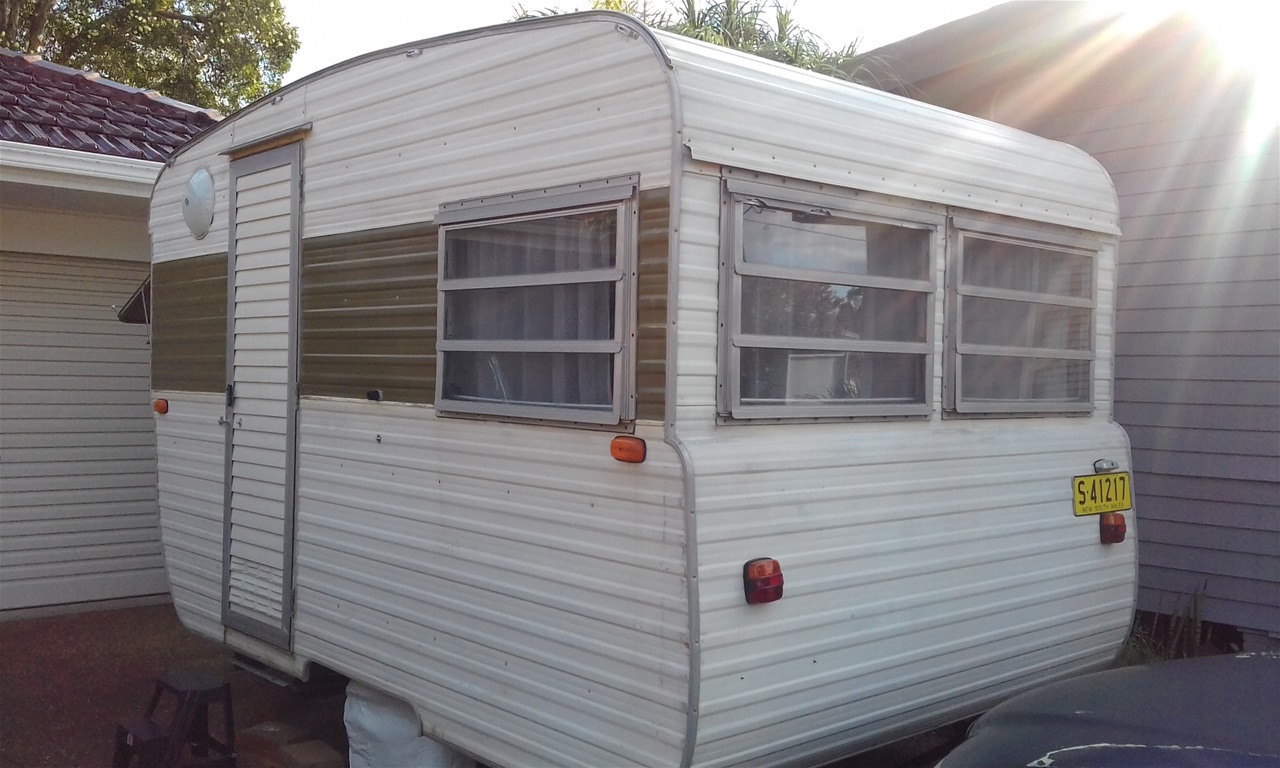 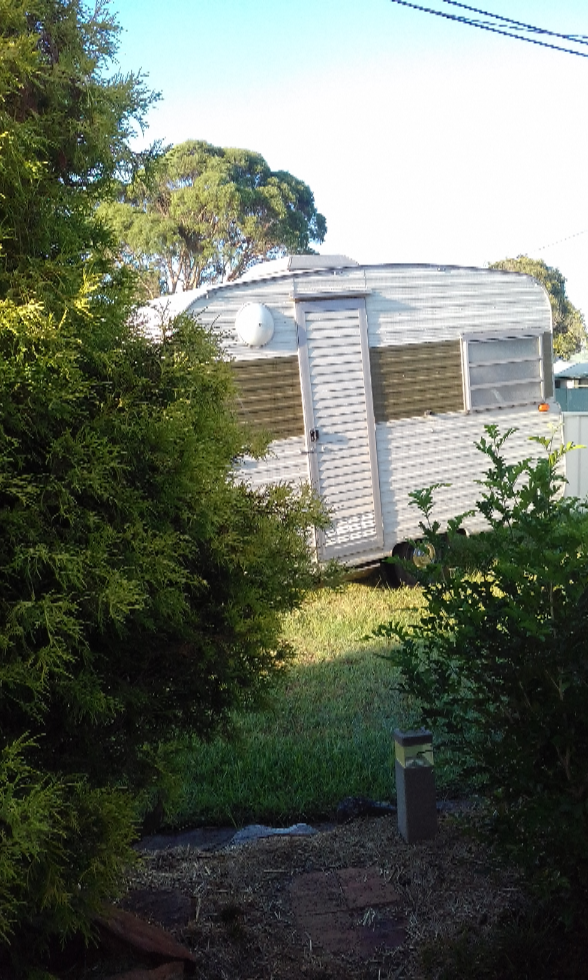 Taking a break from the long drive home. Sshhh listen to the Bellbirds :)

There is so much more to see. Just click on the MENU/MORE icon at the top right of this page. You can also follow me on Instagram    @my_tiny_caravan

Very cute! Hope you’re not blown away by the wind and rain at Kurri Kurri Nostalgia festival!

love your trailer- I'm currently in the middle of a renovation, might have to steal the little shelf on the outside

Hi Emma. I have a post devoted to Annie's Awning. Check it out in the Menu 👍

Hi there
Where did you get your lovely fabric for the annex? Did you make these yourself?

What a wonderful story and pictures to wake up to. The camper is wonderful and the park is perfect! Love the spoiled little doggy too. Keep making memories!